After their successful operations in Algeria, the Sixteenth Infantry Regiment was soon to be sorely tested in early 1943 when the Big Red One entered Tunisia to engage the German Afrika Korps as Montgomery’s Eighth Army pushed up from the south from Libya.

Tunisia was mud and mines…

On January 18, 1943, General Juergen Von Arnim, commander of the German Fifth Panzer Army, launched a ferocious assault on the French troops of XIX Corps just South of Pont Du Fahs. The lightly armed French forces did not stand a chance as they had no effective antitank capabilities to deal with the German armour, and were forced to pull back. Von Armin knew that it was crucial to halt any Allied attempts to reach the Tunisian coast and by the evening of January 18th, his forces had reached the crossroads at Sidi Said, creating a serious crisis for Eisenhower and the Allied high command. The following day, Eisenhower ordered British troops to the town of Rebaa Oulad Yaha to link up with French forces and block any further German attacks. Combat Command B (CCB) of the U.S. 1st Armoured Division was then ordered into the Ousseltia Valley to counter-attack alongside French units and drive the Germans back. On the 21st January, Lloyd Fredendall, commander of II Corps, ordered General Terry Allen to commit Combat Team 16 (CT 16), commanded by Colonel d’Alary Fechet, and the 7th Field Artillery Battalion to the Maktar region in Tunisia. Whilst CT 16 was moving into position, the British 36th Brigade responded to French cries for assistance and moved the 5th Buffs Battalion through Rebaa Oulad Yaha on the 21st of January and established a defence near Sidi Said which would serve to protect the left flank of CT 16’s Second Battalion, arriving the next day. On the 27th of January, the Second Battalion of the Sixteenth Infantry was attached to the 36th Brigade and was now under British command. 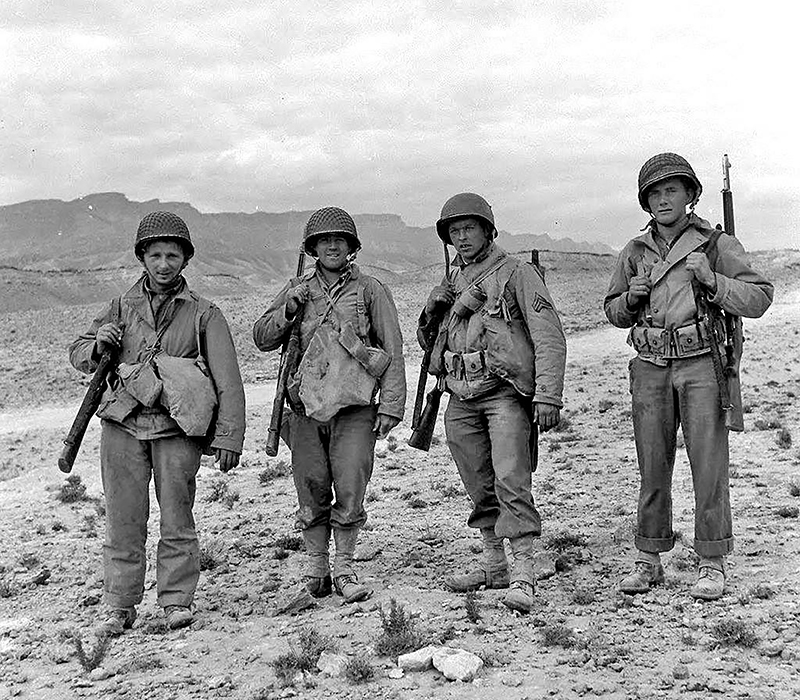 On the following day, the 28th, the commander of the British Brigade ordered Lt. Colonel Joe Crawford, commander of the Second Battalion of CT 16, to position one of his companies on Hill 727, known as ‘Conical Hill’. The hill provided the Allies with an excellent observation post for the supporting artillery units and would allow them to block the German path into the Robaa Valley or any attempted movement south into the Ousseltia Valley.

Company G, reinforced by one machine gun platoon and mortar section from Company H, moved out from the Battalion area at midnight on the 29th of January, securing the hill by 0400 hours. Under direction of Captain Carl Stuetzel, the company quickly dug in and set up a defence on top of the hill before daylight approached. Following the seizure of Conical hill, the transport elements of the company went forward to bring up ammunition and supplies. However, due to an error in identifying the exact terrain features of Hill 727, the vehicles drove straight into a German minefield. One vehicle laden with supplies struck a mine and was left wrecked in front of the German positions. After a hasty retreat to the Battalion Headquarters area, Captain Carl Steutzel of Company G was ordered to cover the wrecked jeep by fire in order to dissuade any German attempts to recover it. Later in the day, Stuetzel and his executive officer, Lieutenant Davison, along with Private Amhil Gomez, moved to the wreckage in order to ascertain what damage had been done. Before they were able to reach the vehicle, they were pinned down by enemy machine gun fire from positions earlier identified by an Allied patrol. Captain Stuetzel was hit and killed instantly, and Private Gomez was seriously wounded. At this point, Captain T.P. Cracknell of the British 12th Royal Horse Artillery, called in accurate artillery fire on the machine-gun position in order to effectively cover the retreat of Lieutenant Davison and the wounded Gomez. Cracknell proceeded to shell the enemy positions for the remainder of the day.

On January 30th, a party of six men from Company F made a daylight patrol to the east of Company G’s position and encountered a German infantry platoon and proceeded to ambush them, causing heavy casualties. The patrol then successfully retreated without the loss of a single man. About a half hour before nightfall, the enemy fired a salvo of five mortar shells at Hill 727, causing no casualties amongst the Americans, but unnerving the men positioned there. Throughout the night of January 30th-31st, Company G could hear considerable enemy motorized movements coming to their front, but could not determine which direction they were headed. Unbeknownst to the men of Company G, the German forces were preparing a fierce attack for the following day to capture Hill 727 and push the British 36th Brigade back down the Robaa Valley. 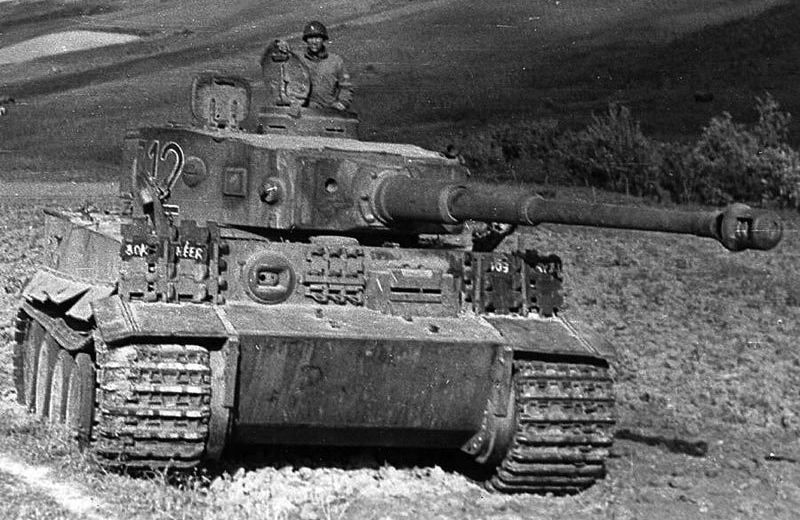 At daylight on January 31st, Company G suddenly found themselves on the receiving end of a furious assault by German mountain troops. Elements of the 344th Infantry Division together with armoured support, launched a co-ordinated attack on Hill 727 and the British 5th Buffs Battalion on the left flank. The company was hit from three angles by the German infantry, whom were also receiving air support via several FW190 fighters. The American GIs held onto Hill 727 until about noon, after its supporting machine guns and mortars had been destroyed. Following the loss of the support weapons, Company G pulled back to a second hill behind their current position, but were soon forced from this feature and pulled back to a third hill. Here they managed to hold their ground against the ferocious German assault.

The 5th Buffs Battalion proved invaluable in stopping the German assault on the left flank, thanks to their attached anti-tank section, No. 2 Troop, of A Battery, 72nd Anti-Tank Regiment. During the attack, the British managed to destroy a total of seven German tanks, including three Mark VI ‘Tiger’ tanks, after the anti-tank elements managed to score several flanking shots with Six-Pounder AT guns. One of the Tiger’s suffered a total of six penetrating shots into its side armour before being knocked out. The Germans tried another attack on the British at 2100 hours, but this was easily repulsed. However, the enemy did manage to remove all but three of their knocked-out tanks in this action. Although there are conflicting reports as to whether this was done by the German forces or British engineers, the single Mark VI tank left on the battlefield was destroyed by explosives before the British could capture and examine it.

On the night of January 31st, the Company was pulled off the line into Battalion reserve after having lost five officers and sixty enlisted men killed, wounded or missing in the action at Conical Hill. Patrols made on February 2nd revealed that the German troops were still in possession of Hill 727, but were not patrolling or acting aggressively. The following day, the Second Battalion was relieved by a Battalion of French Moroccan troops (Goums) and rejoined the rest of the 16th Infantry Regiment.

The action in the Robaa Valley was successful in keeping the German forces in check and put an end to the crisis of XIX Corps. Following this action, the First Infantry Division, CCB along with British and French units were able to rout the German forces from the Ousseltia Valley, capturing ground lost to the initial assaults.