The 16th Cross the Roer!

Around seventy-five years ago, the 16th Infantry Regiment crossed the Roer River at Kreuzau, Germany. The assault had originally been planned to move the Second and Third Battalions across a pontoon bridge erected over the River in the neighboring 8th Infantry Division’s sector. Simultaneously, the First Battalion would launch an attack over the Roer using assault boats to cross in their own sector.

This would soon be altered however, as the River was flowing far too quickly to be considered safe and practical to use assault boats. It was then decided that the Second and Third Battalions would proceed as planned, whilst the First Battalion remained in reserve whilst a new pontoon bridge was placed across the river by engineers for the First Battalion to cross. The featured image below shows men of B Company being briefed on their assault plan prior to crossing the river. 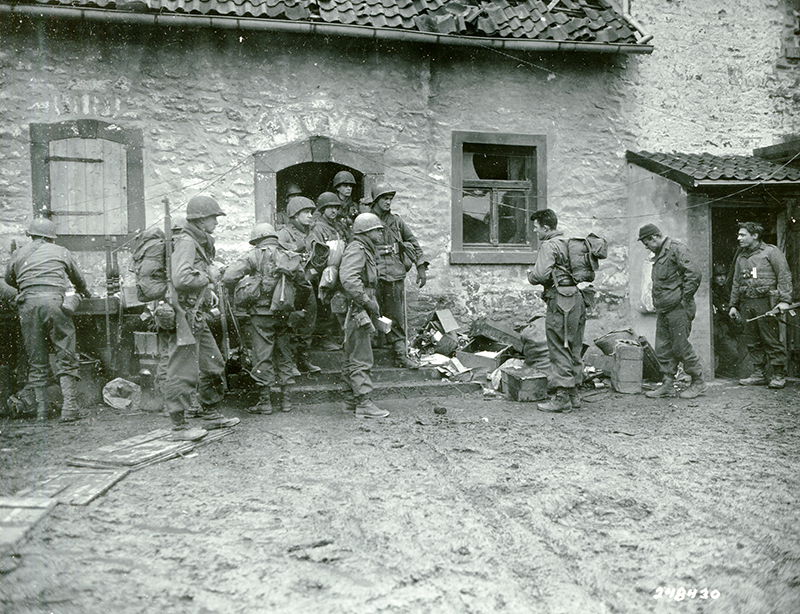