On November 29, 1936, Lousy Lou, the orneriest, most flea-bitten mule in the U.S. Army and mascot of the 16th Infantry Regiment attended the benefit football game between the Fort Jay Hawks and the First Division Engineers of Fort DuPont, which the Engineers from Wilmington, Delaware, won 20 to 14. The Hawks scored a touchdown with less than a minute left in the game, but it was not enough to keep the sappers from carrying away the George B. Cooper trophy, emblematic of the Second Corp area championship.

Lousy Lou earned her ladylike title because of her strenuous objections to work and the equally strenuous kicking she resorted to in her efforts to prove her point. Lou was handled at the game by four of the toughest mule skinners in the Army, three of whom can be seen sitting on Lousy Lou’s back. Along with the mule and the four handlers, the pre-game parade and the guard mount between halves, along with the flag-lowering ceremony, attracted almost 15,000 Army adherents to Ebbets Field for one of its most colorful spectacles in years. 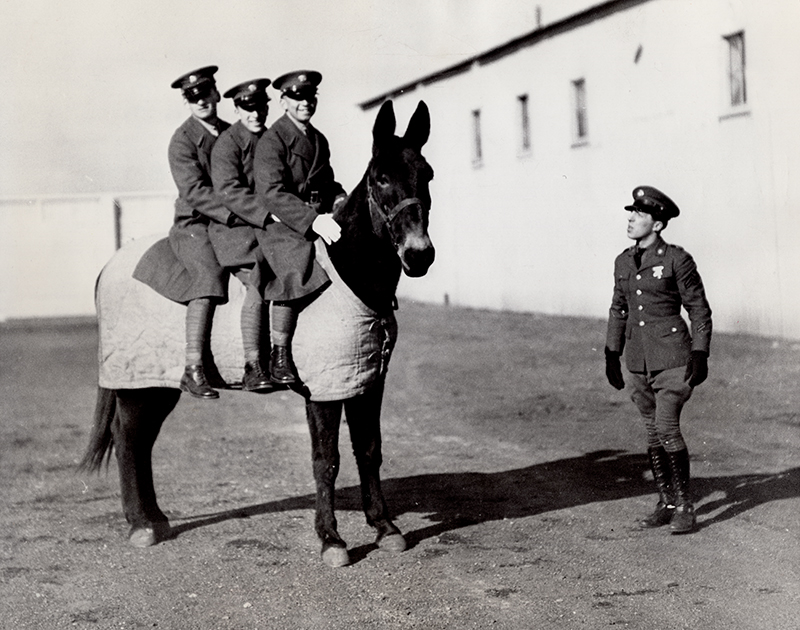