For many journalists, Ernie Pyle continues to be an icon of excellence decades after his death. By the end of 1944 his columns appeared in over three hundred newspapers, and he was among the best-known American war correspondents. This was partly because Pyle told the stories of the ordinary soldiers when most of his contemporaries centered their stories on epic events, great leaders, or military strategy and tactics. People were anxious to meet him and share their stories. Officers were always eager to see Pyle travel with their units, seeing his role as one that boosted their men’s morale.

Ernie Pyle wrote dozens of wartime columns, and his on-the-spot reporting gave his readers a good feeling of what war was like for the boys on the front. Pyle wrote about bravery, and courage of individual soldiers. He covered the 1st Infantry Division in Tunisia from January to May 1943, and wrote a column on the American defeat at Kasserine Pass. He wrote: “The 1st Infantry Division is an example of what our American units can be after they have gone through the mill of experience. Those boys did themselves proud in the semifinals. Everybody speaks about it.” Pyle also had some ideas about VE Day. About why the Allies won the war in Europe. Although he wrote them long before the day total victory was won, which he never lived to see, his words, I think, represent the thoughts of most American GIs.

“The end of the war will be a gigantic relief, but it cannot be a matter of hilarity for most of us. Somehow it would seem sacrilegious to sing and dance when the great day comes–there are so many who can never sing and dance again.”

“We have won this war because our men are brave, and because of many other things–because of Russia, and England, and the passage of time, and the gift of nature’s materials. We did not win it because destiny created us better than all other peoples. I hope that in victory we are more grateful than we are proud. I hope we can rejoice in victory–but humbly. The dead men would not want us to gloat.”

“And all of us together will have to learn how to reassemble our broken world into a pattern so firm and so fair that another great war cannot soon be possible.”

These are the words of a gifted writer. Let’s keep these words in our minds forever, and try to prevent the next world war. Let it be our task, our mission, to always remember those who served and sacrificed so much that we might know what it is to be free. 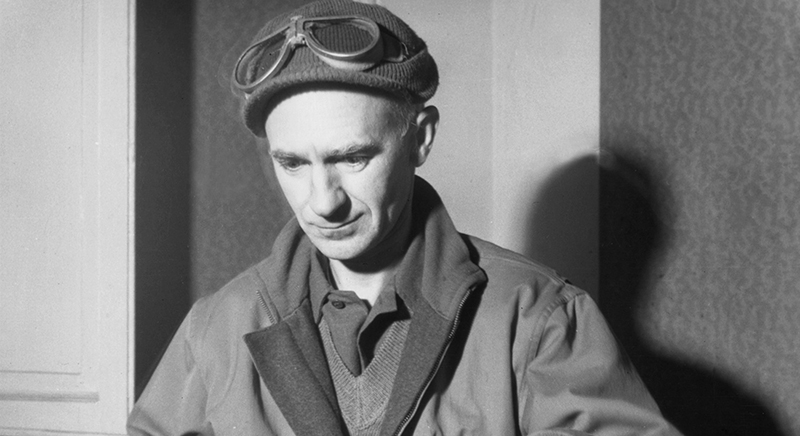