Located at the eastern end of Omaha Beach, the isolated coastal town of Ste-Honorine-des-Pertes was liberated by elements of the 3rd Battalion, 16th Infantry Regiment, on D-Day plus one. The morning following D-Day, the 3rd Battalion, with L Company in the lead, moved out of Le Grand Hameau to mop up beach defenses in the vicinity of Ste-Honorine-des-Pertes. Reinforced by the tanks of B Company, 745th Tank Battalion, the battalion advanced east along the coast road to Huppain, seized Ste-Honorine-des-Pertes and continued its advance eastward towards Huppain. On the evening of June 7th, the men of the 3rd Battalion reached the outskirts of Huppain, where they dug in and waited to link up with the British forces to the east at Gold Beach. After four years under Nazi occupation, the men, women, and children of Ste-Honorine-des-Pertes were free again. After the liberation, three American GIs posed with villagers waving the French Tricolore on Rue de l’Église. The soldiers are from left to right: Private Clem Lore, Caldwell, Ohio; Sergeant Vincent De Angalis, Providence, New York; and Sergeant Robert Ryan, Schenectady, New York. 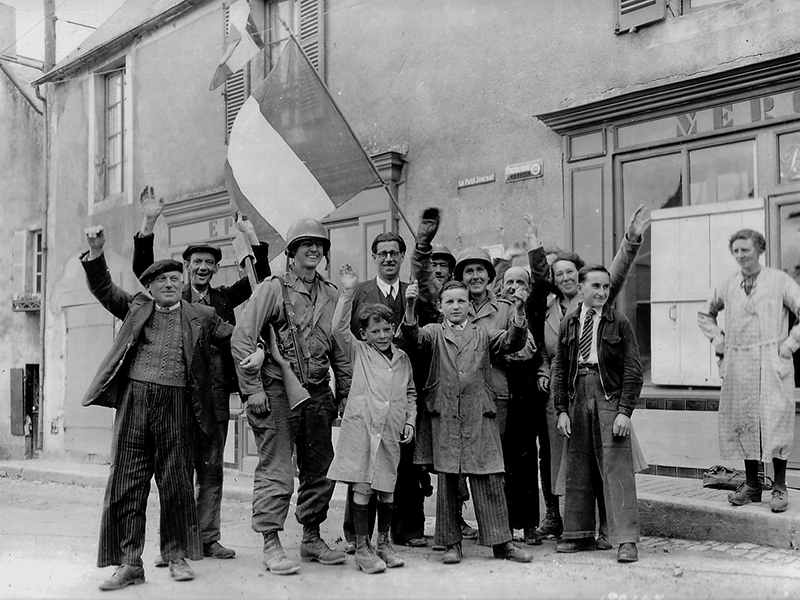