On May 21, 1945, all members of Congress assembled to confer the nation’s highest military decoration on a 24-year-old Mississippian. Technical Sergeant Jake W. Lindsey was the 100th infantryman to be awarded the Congressional Medal of Honor for actions in World War II. A few months earlier, on November 16, 1944, Lindsey’s platoon, an element of C Company, 16th Infantry Regiment, had been reduced to 6 men from 40 in four days of fighting in the Hürtgen Forest near Hamich, Germany. Despite its depleted numbers, Lindsey’s platoon captured its objective but was quickly counter-attacked by German infantrymen and tanks. Lindsey put up a savage resistance and almost single-handedly managed to beat the enemy back. His citation, read by General George C. Marshall, stated: “His unerringly accurate fire destroyed 2 enemy machinegun nests, forced the withdrawal of 2 tanks, and effectively halted enemy flanking patrols. Later, although painfully wounded, he engaged 8 Germans, who were reestablishing machinegun positions, in hand-to-hand combat, killing 3, capturing 3, and causing the other 2 to flee.” Lindsey’s actions would later earn him the nickname “the One-Man Army.”

Standing at attention, Lindsey stooped forward to make it easier for President Truman to drape the distinctive light-blue band holding the Medal of Honor around his neck. “This Medal , to repeat, is given for gallantry at the risk of life beyond the call to duty,” the president said in his address to Congress. Truman continued, “No officer ordered Sergeant Lindsey to stand alone against a company of the enemy. No officer ordered him when wounded to engage eight Germans in hand-to-hand combat. Those decisions came from his own heart.” As Congress started applauding, Truman continued. “They were a flash of the nobility which we like to think is a part of every American. They were the unselfish valor which can triumph over terrible odds. They were the very essence of victory.” 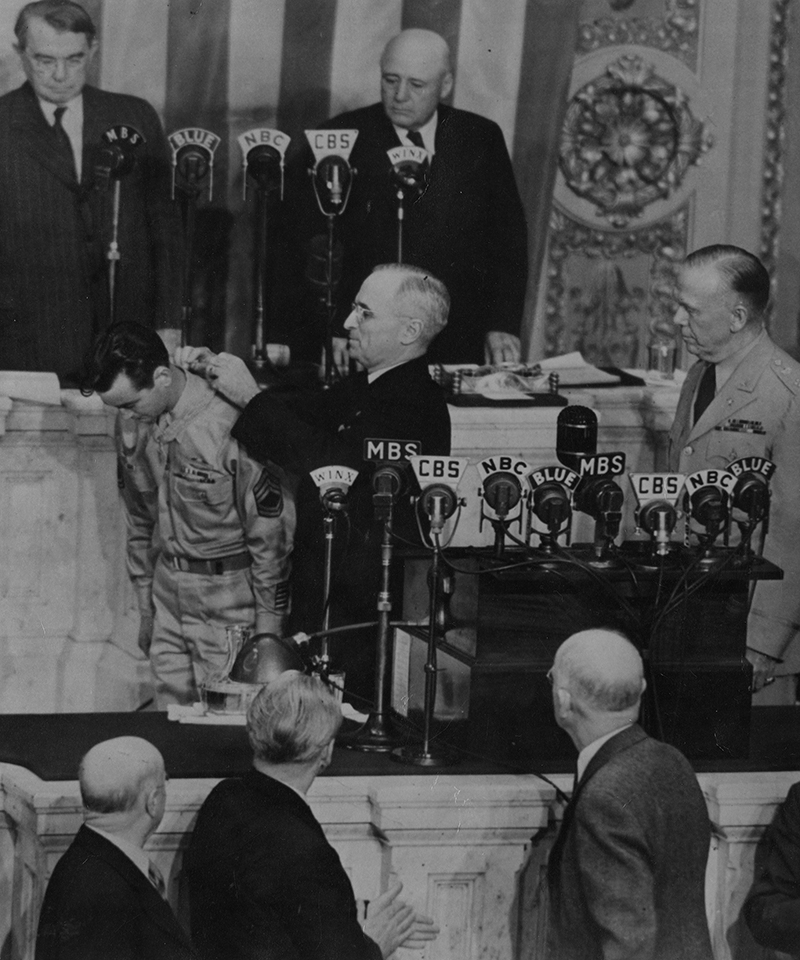