On Tuesday, April 16, 1918, General John J. “Black Jack” Pershing traveled to Chaumont-en-Vexin, France, where he would “speak a few words of confidence and encouragement” to the First Division’s more than 900 officers. Clearly recognizing the dangerous situation of the French Army at the time, Pershing offered to commit American troops to battle. Of the five American divisions deemed ready to fight, Pershing ordered his favored First Division to block the German advance on Paris. As it was the only fully trained American division in France, Pershing understood that its success was essential to American morale and that this would be America’s chance to establish a reputation for the its troops. “Centuries of military and civil history are now looking toward this first contingent of the American Army as it enters this great battle,” Pershing said. Brigadier General John Hines, former commander of the 16th Infantry, later recalled that Pershing’s emotional speech “was like the talk the football coach gives to his team just before they go onto the field for the championship game.” The presence of the commander of the American Expeditionary Force, a four-star general, on the front lines gave a tremendous boost to morale. Hines remembered: “The General threw the whole of his forceful personality into this short talk; every officer was inspired to do his best out of personal loyalty to such a chief even if for no other motive.” The next morning the officers would organize their men and begin a three-day trip to the front lines and into war. 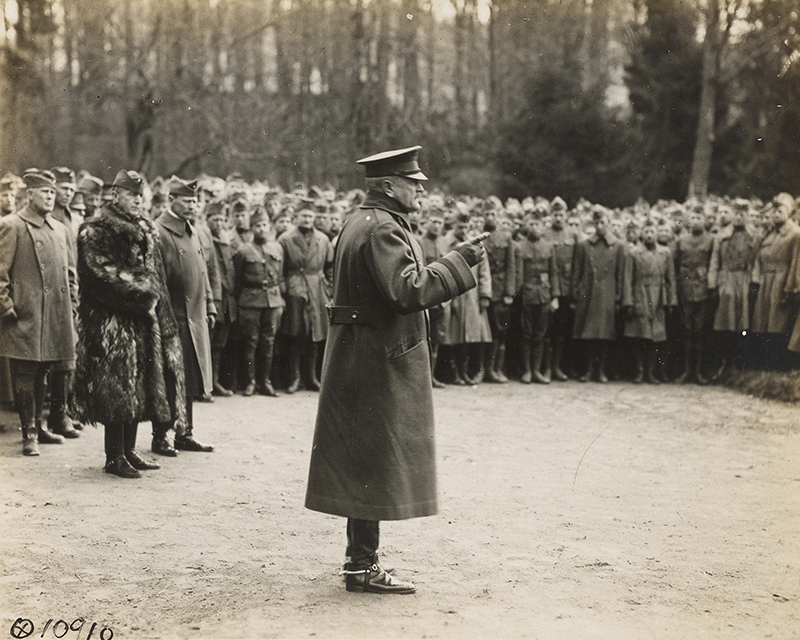