Seventy-five years ago today, on the morning of D-Day, June 6, 1944, the men of the U.S. 16th Infantry Regiment landed on the eastern sector of a five mile stretch of crescent shaped beach code-named Omaha. The fighting on ‘Bloody Omaha,’ as it became known for the large number of casualties, raged for 18 hours, but by day’s end, the Americans had established a beachhead and were moving inland. Victory was salvaged only by the cumulative weight of thousands of individual acts of heroism. Two 16th Infantrymen were posthumously awarded the Medal of Honor for their actions during the invasion of Normandy, and 48 received the Distinguished Service Cross, the nation’s second highest military decoration. The regiment, as a unit, earned its third Presidential Unit Citation for its remarkable achievement on D-Day. The award citation describes the regiment’s valiant efforts succinctly:

“On the morning of 6 June 1944 the 16th Infantry Regiment, under the most adverse conditions, assaulted the coast of France near Colleville-sur-Mer against a long prepared, determined, and powerfully emplaced enemy. While moving inshore in assault craft, violent seas swamped the regiment’s supporting weapons and hurled men and boats into the intricate and almost impenetrable barriers of mine-capped underwater obstacles. From commanding and numerous reinforced concrete pill boxes, machine gun emplacements, and sniper’s nests imbedded in cliffsides impregnable to the violent air and naval bombardments preceding the assault came a withering hail of artillery and small arms fire that struck down hundreds as they struggled through shoulder-deep water toward the beach.

In the face of an apparently hopeless situations, the 16th Infantry began its reorganization. Officers and men gathered the remnants of their units together, and slowly, with groups being cut down almost as soon as formed, began to develop from a confused, hurt mass into a cohesive, determined fighting force. Innumerable acts of gallantry were performed in the face of the superior enemy fire. Men lay in the flat, mine-strewn meadows in plain view of the enemy and returned the direct fire of protected enemy artillery and machine guns with rifle and rocket launcher fire. Leaderless men attached themselves to the formed groups. A breach was blown in the wire and the Regiment advanced. Human mine markers lay in the mine fields guiding the passage of the battling troops. With grim determination, suffering terrible casualties, the Regiment forced its way forward in a frontal assault on five principal enemy strong points. They engaged the enemy and, in a magnificent display of courage and will to win, destroyed them.

The beach opened by the 16th Infantry Regiment was the main personnel exit for the V Corps for forty eight hours. Battered to a terrible degree the Regiment continued in its advance toward its initial objective. They drove back a fanatically resisting enemy and repulsed five separate counterattacks by numerically superior forces until the 1st Division and V Corps beachhead was secured. 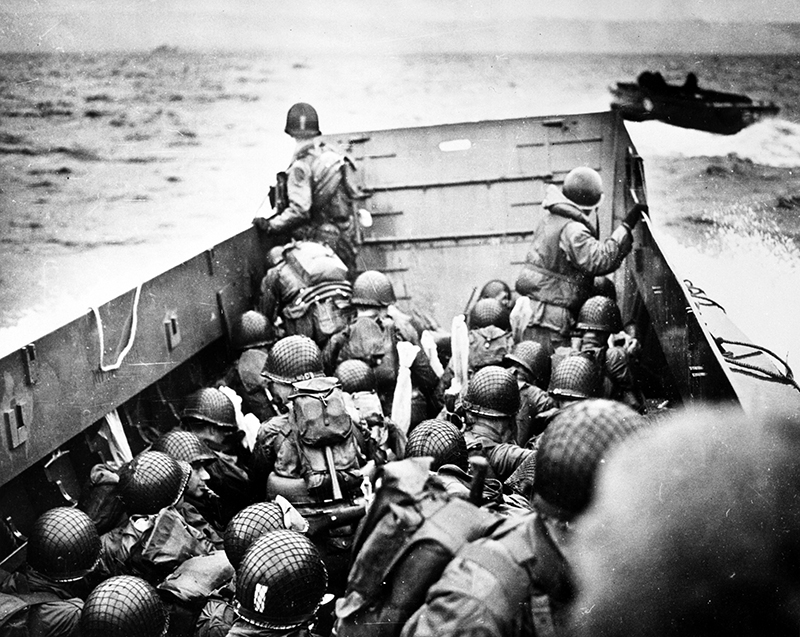